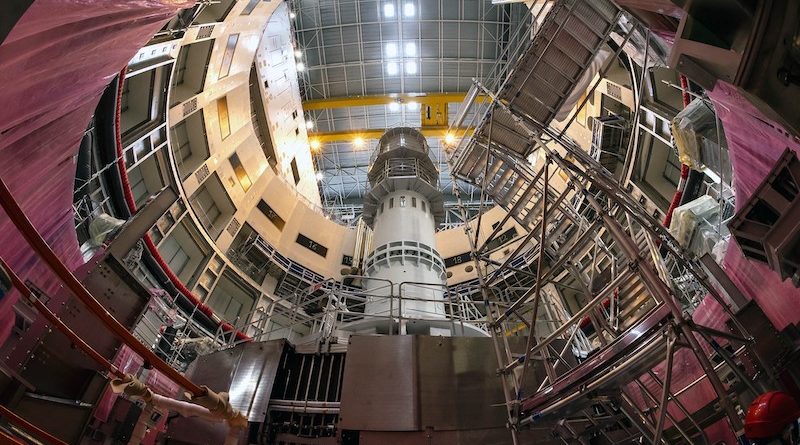 The potential benefits of a hydrogen economy have recently become popular points of discussion in the “net-zero” strategies of multiple countries. Advocates envision a future in which hydrogen fuel cells are used to power heavy land, sea, and air transport vehicles and other intensive energy loads, with zero emissions at the end point of hydrogen consumption. They also correctly note that compressed hydrogen gas can be an efficient energy storage mechanism.

I, too, am in favour of a future in which hydrogen plays a major role in clean energy production and consumption – particularly as the fuel for hydrogen fusion power: a safe, environmentally friendly, virtually unlimited, and highly concentrated baseload source of carbon-free energy. Even more, we can consider that this technology of hydrogen fusion can produce clean hydrogen to power transport vehicles.

But like electricity, hydrogen is not a primary fuel. It must first be produced, normally by splitting water molecules using electrolysis, and no longer from fossil fuels as is mostly the case now. Therefore, to fully account for the environmental effects of hydrogen as a fuel, one must calculate the impacts of the entire hydrogen production and consumption life-cycle.

This understanding has led to characterizations of hydrogen based on the production method: for example, colour-coded as green hydrogen, grey hydrogen, or pink hydrogen, based on whether it is produced with renewable energy, natural gas, or nuclear fission.

These characterizations seem simplistic. They also do not go far enough regarding their impact on the climate. For example, if photovoltaic solar panels are used to produce electricity, which in turn is used to produce hydrogen via electrolysis, the “green” aspect of this production cycle must be evaluated further. Solar panels are frequently manufactured using coal-fired energy, so these carbon emissions must be included in the calculation. Other factors are also important: the efficiency of the solar panels or steam turbines used to generate electricity, the energy consumed in electrolysis, the energy lost in electricity transmission, the form and amount of energy used to transport hydrogen to it final destination, and the impact of the eventual disposal or recycling of all the parts and components used.

How does this compare to fusion power?

Hydrogen fusion is the most abundant form of energy production in the universe. At the centre of our Sun and the stars, hydrogen is fused using the force of gravitation – at a density more than 70 times the density of steel.

Fusion is thus the source of all light and heat on earth. Solar and wind energy are, in fact, powered by hydrogen fusion – but at a distance of 150 million kilometres, and therefore extremely deconcentrated and intermittent. Even fossil fuels are a product of hydrogen fusion: organic matter produced by photosynthesis and compressed over millions of years in the earth’s crust.

Hydrogen fusion is not a chemical reaction; it is a nuclear reaction, in which – in keeping with Einstein’s famous equation, E=mc2 – a tiny amount of matter is converted to a large amount of energy when two hydrogen nuclei fuse. But unlike nuclear fission, in which a heavy element such as uranium is split into two other elements that decay into long-lived, highly radioactive waste, hydrogen fusion occurs, with the highest energy yield, with the collision of two forms (isotopes) of hydrogen – deuterium and tritium – and the products are non-radioactive helium and a powerful neutron that delivers the fusion energy.

Scientists have asked for decades: since humans cannot reproduce the gravitational force in the core of the sun, how would it be possible for humans to re-create hydrogen fusion on earth?

The most promising answer is to use magnetic confinement in a machine called a “tokamak”: a large toroidal or doughnut-shaped chamber.

A few grams of deuterium and tritium gas are injected into this vacuum chamber. An electrical discharge is used to create an ionized plasma, separating the nuclei from the electrons. The charged particles of the plasma are accelerated and confined using powerful magnets. The magnets are integrated with the tokamak to create an invisible magnetic cage conforming to the shape of the metal walls. Additional heating systems are used to raise the plasma temperature to 150 million degrees (ten times hotter than the core of the sun). At this temperature, the deuterium and tritium particles collide at high speeds and fuse. The powerful neutrons produced by the fusion reaction are not charged, so they escape the magnetic field and collide with the metal tokamak walls, transmitting their energy as heat. Water circulating in the tokamak walls receives this heat and is converted to steam – which, in a commercial plant, will drive a turbine to generate electricity.

Hundreds of tokamaks have already been built, but a key step remains before commercial fusion plants are feasible. Scientists need to study a controlled “burning” plasma, in which the high-energy helium particles from hydrogen fusion continue to heat the plasma, maintain its 150 million degree temperature necessary for fusion, and thereby generate more fusion reactions. To achieve a burning plasma using the magnets and materials currently available, the tokamak must be large enough to sustain a high number of fusion reactions per unit time. Certainly the impact of the Tokamak construction on the climate needs also to be considered.

At the ITER project in the south of France, 35 countries have come together to construct the largest tokamak ever built, to demonstrate the feasibility of hydrogen fusion power at industrial scale. ITER is designed to produce ten times more fusion power (heat) from the plasma than its heating input.

At this power gain, a burning plasma is assured, enabling ITER’s scientists and engineers to optimize the design of the commercial machines to follow.

ITER is also a remarkable example of international collaboration and complex project management – another aspect of the project that is highly relevant to global efforts to combat climate change. ITER Members contribute 90% of their financial contribution in the form of components. In many cases, these components involve First-of-a-Kind engineering design and manufacturing, in leading fields from electromagnetics and cryogenics to robotics and materials science. These advances expand each Member’s understanding of fusion engineering; they also lead to spin-offs with beneficial applications in medicine, manufacturing, computer science and many other fields.

For the past six years, ITER has been proceeding at a rapid pace, and in mid-2020 transitioned from construction and manufacturing to Assembly Phase. Despite the constraints of the Covid-19 pandemic, major components have been traveling by sea and land from every ITER Member to the ITER site. The logistics are unprecedented: magnets with dimensions as large as 20 metres and weighing several hundred tonnes each – similar to the weight of a Boeing-747 airliner – must be assembled with a precision in the range of millimetres.

While ITER is the only fusion project of its size and scale, many other fusion projects are also underway, including an increasing number of private enterprises.

While some of these projects involve higher risk, less-tested designs and materials, each is very welcome and contributes to global fusion research and development; and the involvement of the private sector signals that, globally, we are closer than ever to making fusion a reality.

In summary, the societal challenge is clear: we need to replace fossil fuels on a massive scale as soon as possible. Hydrogen fuel cells and combustion engines may be an important part of that clean energy future. But to make the hydrogen economy truly green, we will need a clean source of concentrated baseload energy. Hydrogen fusion has all the characteristics to fill that requirement, as a safe, environmentally friendly, and virtually unlimited source of energy for future generations. 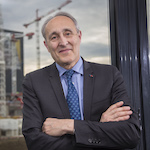 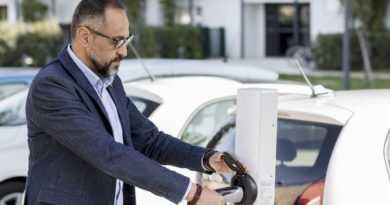 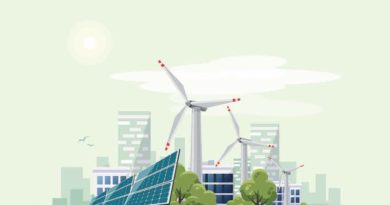 10 years of experience in RGI: The dignity of compromise can bring a great opportunity for smart sector integration 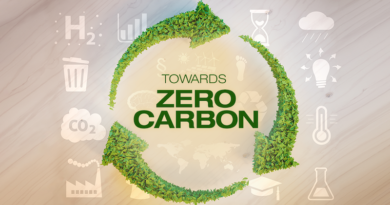