Soon you can vote! In just a few weeks’ time European citizens will vote in Europe-wide elections and set our Continent’s direction for the five years to come. These are extremely important elections at an important moment.

It is hard to deny that Europe today is the best place to live in history. Together we have achieved so much. We have learned to cooperate, to make decisions together, and to shape our own future. We have built common understanding, common institutions for democracy and justice. Now we have the responsibility to safeguard those. We have achieved peace and prosperity after centuries of conflict. What we have achieved is a positive ideal for many others in the world.

But this doesn’t make it all perfect. Many people are not well off. Many people feel unsure about the future. I feel that uncertainty as well.

Technology is changing so fast and we can’t always tell what will become of our data, the way we work, even our democracy. Doing the right things studying well, working, engaging no longer seems enough to guarantee every child a good job. It is impossible even to guess what our planet will look like, after climate change reshapes the landscapes we know best.

From the feelings of uncertainty we can find the impulse to change. Because we won’t solve those problems just with feelings.

We won’t solve them either by just blaming Brussels or blaming Europe, as if it were an external force we can’t control, outside of our democracy.

And we will not fix anything by putting labels on other people such as “populists”. Just because certain problems are put forward by people we tend to disagree with doesn’t mean those problems don’t matter.

Politics are not a pantomime of heroes and villains. It is engaging people for real as different from one another as we are. We need to commit ourselves to a reasoned debate about how we can actually tackle Europe’s problems.

We need to be open, not just about what is going wrong, but also about what is going right. We’re lucky in a sense that in today’s digital global society our political debates have the potential to be open and free as never before. Politics is no longer something we take part in only during election time.

And since the future is digital, the European Union should be at the forefront of harnessing this potential for everyone and make the EU the most attractive place for companies in the digital economy.

We must build a fully-functioning Digital Single Market and we believe the EU should be the first to create a solid legal framework for new technologies such as blockchain, artificial intelligence and others to be used in the economy and public life. Competition among companies in the digital space is good and drives innovation, but we shall not hesitate to use our powers to prevent the development of monopolies and to ensure fair competition.

In Europe, there shall be no virtual borders. We abolished mobile phone data roaming fees and now we want to abolish unjustified geoblocking. Every citizen should have the freedom to access their home news and entertainment services anywhere in our market.

The Europe that we have built up together is a tremendous achievement that should not be taken for granted. But Europe can and must do more.

This is not about trying to play down the scale of the enormous challenges we face. It’s not about ignoring the problems of today by diverting attention to the achievements of the past. It’s just the opposite. It’s about having the confidence to act.

We need to engage with Europe’s citizens to offer and discuss an alternative and positive, realistic and inclusive vision for the future.

European Liberals have a vision for the future of Europe: freedom, opportunity, prosperity in a sustainable and socially inclusive Europe.

We want a Europe that is rich in its diversity and united in standing up for the fundamental rights and freedoms of its citizens. We want a Europe that protects the rule of law. We want a Europe that embraces the potential of the technological and digital evolution, of innovation and of what the World’s biggest research programmes can bring. We want to find ways to fight climate change that creates jobs and makes sure that everyone can take part.

But most importantly, we want a Europe where all European citizens feel included, where we all stand a fair chance of making it, and where we can take care of one another if needed.

As a member of ALDE’s Team Europe, this is the message we will be promoting all across Europe, conversation after conversation, country after country.

The recent election of Zuzana Čaputová as the first female President of Slovakia proves that a positive, liberal and progressive campaign on values and vision rather than a campaign of character attacks, fear-stoking and populistic slogans is what voters want.

These are not normal elections. It is time to let go of old campaign habits. We want to come together to find real solutions making our values become true in everyday life. It is time to Renew Europe. 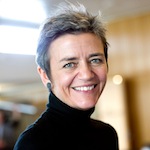 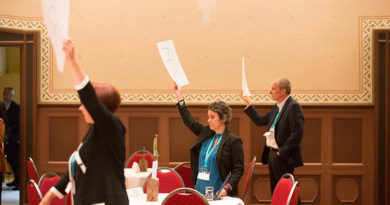