When it comes to vehicle safety, tyres mustn’t be forgotten. Indeed, they represent the only point of contact between vehicles and the road.

They also highly contribute to the environmental performance of the vehicle: up to 20% of CO2 emissions of a car, and up to 30% of a truck are linked to what is called “rolling resistance” of the tyre.

Because of this major impact both in terms of road safety and environment, the EU has been at the forefront of tyre performance regulations, adopting regulations within the Union, and contributing to equivalent regulation at UNECE.

Today, the General Safety Regulation (regulation (EC) 661/2009 concerning type-approval requirements for the general safety of motor vehicles, their trailers and systems, components and separate technical units intended thereof) requires that tyres placed on the European market must pass minimum performance requirements in terms of safety, measured by the wet grip performance of the tyre, of environmental performance, with maximum levels of rolling resistance, which translates into CO2 emissions, and of rolling noise.

These performances are defined by the equivalent UN regulation. With the implementation of this regulation in 2012, tyres that do not pass those minimum thresholds in terms of wet grip, rolling resistance and noise have been banned from the European market, contributing to the overall progress of the tyre market in the EU.

What is the performance of tyres when on the road?

European regulations have been very efficient in the progress of technology and improving the level of performance on the market, while ensuring a balance between environment and safety.

However, there is one aspect that is not yet taken into account, which is the evolution of tyre performance with wear.

Indeed, as soon as tyres are on the road, they start to wear, which affects their performance.

It is little known, but the environmental performance of tyres increases with wear: a worn tyre will emit less noise than a new tyre, and its CO2 emissions will decrease.

The improvement of CO2 emissions of tyres can be estimated at around 20% throughout its life.

That is why it is worth using tyres up to their maximum wear limit, in order to maximise environmental performance.

The legal limit of a tyre is defined in the EU by a minimum tread depth, and can be measured thanks to indicators placed by the manufacturers when they reach these tread depth indicators, tyres must be replaced for safety reasons.

Indeed, there is one performance that decreases with wear: the wet braking performance of tyre, which is a safety indicator.

Real driving use capacity of tyres: what are the impacts?

We reach here a major question: how safe are tyres when in use? If the EU type-approval system, regulated by the General Safety Regulation, imposes the evaluation of tyre wet braking performance, tests are conducted on new tyres.

Thus, tests do not take into account the evolution of wet braking capacity with wear.

In other words, some tyres will need a much longer distance to stop on wet ground when worn than others.

This difference in the evolution of wet braking capacity depends on the design choice of the tyre, and cannot be derived from its performance when new.

This loss of wet braking performance can create anxiety for drivers who wonder if they should wait until they reach the minimum tread depth to replace their tyres.

This situation has also led stakeholders from the sector to recommend, out of precaution, to remove tyres earlier than the 1.6mm minimum tread depth, for example at 3 mm.

However, removing tyres earlier than the minimum legal limit cannot provide any proven performance, and thus be considered as a guarantee.

The performance decrease depends on each tyre design, and there is today no information about the evolution of this performance.

So early removal is not a solution: it cannot ensure a safety level, it has a cost for consumers who replace their tyres earlier than the legal limit, and it also has a cost for the environment.

Today, tyres are, in average, removed with a tread depth of 3 mm in the EU. While the difference between 3 mm and 1.6mm may appear negligible, it does in fact have a major environmental and societal impact.

Should all drivers in the EU replace their tyres at 3mm instead of 1.6mm, it would translate into:

› An extra tyre every two year per vehicle, with an extra 35% of waste and raw mate- rial produced, at a time where the need to limit our environmental impact on resources is more crucial than ever

› An extra 6.6 million of CO2 per year (notably due to the fact that tyres would be removed from the road at the moment when they emit the least CO2)

› More deforestation: since natural rubber is still used for passenger car tyres, the impact on rubber trees can be estimated at 5,700 hectares per year

› More use of primary energy, with an extra 32,800 Gwh consumed per year

These societal impacts are to be added to the safety one: an early removal does not ensure a performance guarantee.

How to ensure in-use performance of tyres?

Since there is an environmental interest in ensuring that each driver makes the best of his or her tyres, along with the need to have tyres on the road that maintain an acceptable level of safety throughout their life, testing tyres at worn stage seems to be an imperative.

If regulation imposed a minimum threshold on tyres at worn stage for wet grip, just like there is today minimum thresholds for tyres at new stage, it would mean that all tyres in the EU would have a maximum braking distance on wet roads.

Drivers would be safer and be ensured that they can use their tyres until the minimum tread depth level, as all tyres would have been tested at this minimum level before being put on the market.

Today, tests show that tyres whose wet braking performance remain high all along their life already exist, as the technologies to design such tyres are available.

The need to ensure a minimum in-use performance, corresponding to a maximum braking distance capacity of a tyre is all the more important since vehicle technology is improving.

But when technology aims at neutralizing human mistakes on the road, the braking capacity of the tyres is even more important.

As the General Safety Regulation is currently being revised, there is an opportunity to improve the level of safety provided by tyres in use, by introducing minimum performance thresholds based on tests c on tyres at worn stage.

As tomorrow will see automated vehicles on the road, knowing if your tyre brakes in 40 or 55 meters in the worst case will surely make a difference. 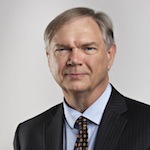 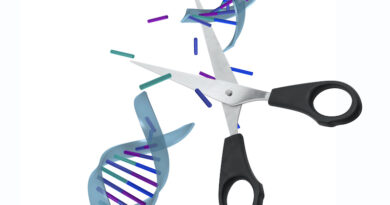 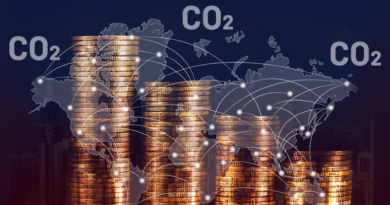 The EU owns resources for a climate-neutral European economy