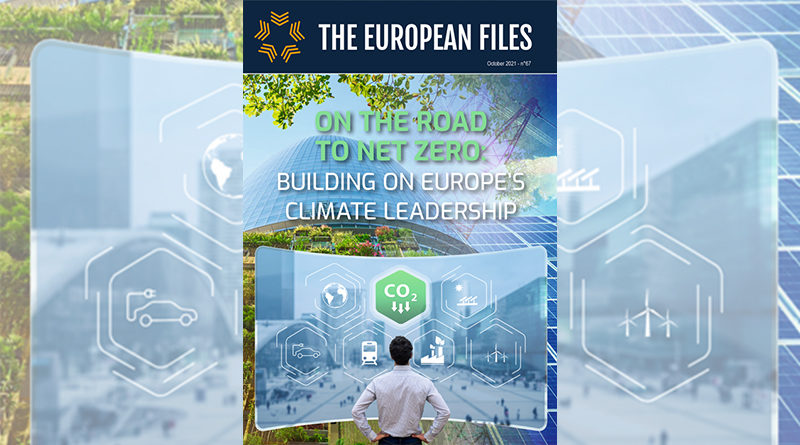 This summer’s recent climatic episodes (fires across the Mediterranean, floods in Western Europe, Japan and South Africa, hurricanes across North America and the Caribbean) and the IPCC report oblige us to act quickly with regards to the reduction of greenhouse gas emissions. The European Union, for one, has not sat idle by during this time, and is still working diligently on its climate change framework to make Europe climate neutral by 2050. In July, the European Commission presented its ‘holistic’ policy package called ‘Fit for 55’ – a political toolkit to reduce carbon emissions to 55% of historic rates. The single largest project ever embarked on by the Commission.

Through various initiatives, the commission has proposed a roadmap to the decarbonisation of all economic sectors: energy, industry, transport, residential and commercial buildings, and agriculture. Centre stage in the package and to the EU’s climate ambitions is energy. The large-scale deployment of renewable energy envisioned by the Commission, encapsulates the integration of gas and electricity systems, energy storage and distribution, new technological solutions to network stability, and an increased level of interconnectedness. A complex ballet in which every aspect is crucial in reaching net zero by 2050. The biggest decisive factor? Political will.

The future of a carbon neutral power industry depends on developing a system with that future in mind, and the Renewable Energy Directive (RED) is crucial in keeping fossil fuels at bay. ‘Renewables-based-electrification’ of our infrastructure as one of the guiding principles of the RED, ought not only be of a scale never before seen; it will need cross-sectoral cooperation of similar scale. “Fit for 55» also proposes the revision of the Emissions Trading Scheme (ETS), which is the cornerstone of legislation to incentivize the decarbonization of industry in moving towards cleaner production and stronger innovation.

The decarbonisation of the European gas market is another priority. Hydrogen might be the key in this endeavor: heavy industry, heavy transport, part of energy – all of which so-called ‘hard-to-abate sectors’ will see measures to roll out initiatives for the promotion of clean hydrogen.

The industrial sector, more than any other, needs a comprehensive European green industrial policy that not only puts a price on carbon pollution but offers policy support along the entire value chain of energy-intensive industries

We must also take into account the need for a just and equitable transition in the transformation of energy supply. This means looking for innovations that are accessible and cheap to deploy or scale. The Commission wants to take important steps to reduce emissions and increase energy efficiency, but this requires even more closely linked environmental and financial legislation to have a real impact; even if solutions may be cheap in the long-run, some initial investment will have to be made. That is why it has chosen to introduce key concepts of green finance into EU legislation; The development of sustainable finance will play a large role in tackling climate change and preserving biodiversity.

With the proposals in the Fit for 55-package, the pricing of carbon and a carbon footprint reflects the truly international nature of climate change. The introduction of the Carbon Border Adjustment Mechanism (CBAM) aims to put a halt to the counterproductive effects of EU CO2 emission standards in international competition. Although the Commission is adamant that this ‘WTO compatible’ mechanism is merely a climate measure and not a tax, it could finally move funds towards necessary infrastructure rather than covering the costs of polluters and an antiquated economic model.

The arrival of CBAM is reflective of the truly global aspect of climate change. More than ever, it has become clear that the EU cannot act alone. COP 26 in Glasgow is therefore an excellent opportunity for nations to confirm their existing commitments and commit to even more ambitious targets. Indeed, critics in the scientific and environmental agencies of the world will deem the Green Deal as insufficient without more ambitious targets— ultimately marking a potential failure in the European vision for society. It is the responsibility of each EU citizen to take up this challenge and open their door to the fight against climate change. With this in mind, Europe must lead the way in the global race to net zero.

This brings us to the last aspect of the planned transition: the Commission has made it more than clear that the tolls on the road to a climate neutral continent should be paid in an equitable manner. Vice President Timmermans has stated on multiple occasions that ‘there will be an inclusive transition, or none at all’. The new EU policies must become a driver for innovation, employment, and the decarbonisation of industry rather than the deindustrialization of the EU. In other words: Fit for 55 should be a growth strategy. In order to expect EU citizens to support the transition, the EU must be able to realise opportunities for both citizens and the private sector. Only with all actors on stage, can the EU bring this immense yet intricate play to a successful close. 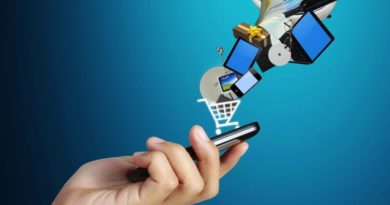 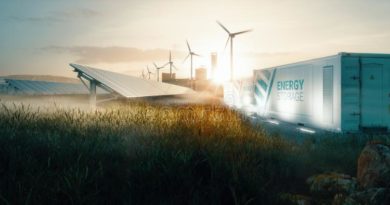 Solutions for a hydrogen economy, from ‘valleys’ to islands 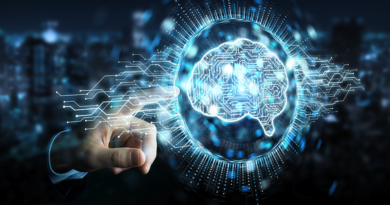 TOTAL, a Global Energy Company, ahead in Artificial Intelligence and Robotics