The European new “Green Deal” and, in particular, the Farm to Fork and the Biodiversity strategies, are intended to meet consumers’ expectations regarding the use of pesticides, among other objectives. The European Union will undertake the revision of its legislation on pesticides, while setting up a new Common Agricultural Policy reform that will improve farmers’ transition towards greener practices.

What are the alternatives to the use of pesticides in the European Union? Is it possible to feed the world without chemicals taking in consideration the global population growth? Can European farmers compete with productions coming from third countries which apply lower environmental and health standards? How do we tackle the influence of Climate Change in the proliferation of new plant diseases? Those questions need a deep reflexion involving all actors concerned.

In the last decades, the European Union has dramatically reduced the number of substances authorised by banning the most dangerous ones, and Member States have put in place national plans to reduce health and environmental risks in the framework of the Directive on the Sustainable Use of Pesticides.

Organic farming has developed in the last years and farmers have started introducing digital and other innovative techniques to manage epidemics.

Unfortunately, despite all those efforts, the current situation is far from being satisfactory. According to the European Commission, Member States are not complying with the objectives of the directive regarding the reduction of pesticides, and the use of Integrated Pest Management tools to replace chemical substances is clearly insufficient.

At the same time, farmers complain more and more about the growing scarcity of plant protection products at their disposal to fight against pests. This problem is particularly noticeable in relation to minor uses.

This paradoxical situation, in which nobody is happy with the decisions taken by the European Union, should be analysed before taken new legislative initiatives. What is the reason or the reasons for such a failure in the implementation of the Directive?

On my opinion, the European Union has not given itself the means to reach its goals in this sensitive area: investments in research are lacking and digitalisation is still unthinkable in many rural areas. Since the introduction of the directive 91/414 the most dangerous substances have been progressively banned. Very often, less efficient pesticides have been put in the market, and this loss of efficiency has led to an increase of the number of treatments.

A collateral impact of this phenomenon -which has never been assessed by the EU- is the consequent increase of GHG emissions due to more frequent pesticides applications in the fields.

On my opinion, those emissions should not be disregarded in the scientific evaluation which is part of the authorisation process.

It is important to highlight that many Member States do not hesitate to apply the EU legal provision which allows them to temporarily authorise banned substances when there is no alternative solutions. In my opinion, this existing derogation makes even more obvious the failure of the EU’s policy on pesticides. The research on new solutions is still far from being developed to compensate the reduction of active substances on the market and big companies are not willing to engage in long and costly scientific assessments. Bio pesticides are proliferating, but some of them raise doubts about their safety and efficiency compared to the chemical ones.

However, there is a real demand from society to reduce the use of pesticides and we should help farmers meet consumers expectations. Setting up precision farming techniques is indispensable as well as the promotion of agronomic technics, such as rotation, in order to reduce plant protection treatments. The next CAP reform is the perfect opportunity for the organic production and other alternative systems to spread out thanks to the new eco-schemes.

In the future, we should better recognise the efforts done by farmers and support them in order to safeguard the EU competitiveness.

Making economic goals compatible with the environment and the food safety is essential if we want to keep providing high quality products to consumers.

Our European food sovereignty should not be neglected.

Furthermore, EU trade concessions to third countries should be coherent with the EU food safety policy. It is not admissible that the European Union allows the access of agricultural and food imports containing residues of pesticides which are banned in our territories. It is also a non-sense to authorise the EU production of banned substances with the aim of export them outside the EU. Although such an incoherence is permitted by the Rotterdam Convention, the European Union should show the good example to the world. Such a hypocritical behaviour lacks of morality.

In conclusion, I would like to insist on the fact that farmers deserve being properly accompanied in their efforts to contribute to the Green Deal objectives. We should not forget that they still play a key role in the preservation of the rural areas and in meeting consumers’ expectations in terms of quality food. We need them. 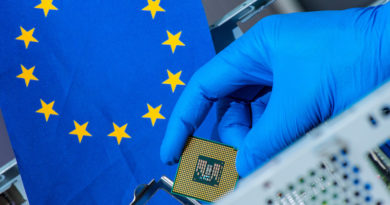