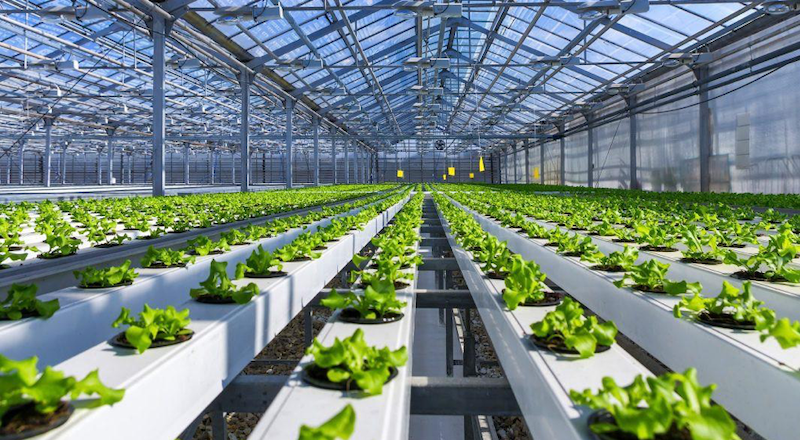 According to a report of the Food Agriculture Organization (FAO), over 820 million people worldwide still suffer from hunger and 149 million children are stunted. In his book Betting on Famine: Why the World Still Goes Hungry (2011), Swiss sociologist Jean Ziegler — who served as UN Special Rapporteur on the Right to Food from 2008 to 2012 — examines the paradox of our failure to eradicate global hunger while there is enough food for everyone on Earth.

In fact, enough food is produced to feed twice our current global population. However, about 33% of the global food production is not consumed, while the FAO estimates that 14% is lost before even reaching consumers, worth €360 billion.

Worldwide obesity has nearly tripled since 1975. The World Health Organization (WHO) reports that over 1.9 billion adults were overweight in 2016; of these 650 million were obese. The paradox: hunger still exists while huge quantities of food are wasted and obesity is on the rise. As a matter of  fact, something is broken within our food system and it needs to be fixed.

The Challenge of Feeding Everyone Sustainably

The challenge of feeding everyone within the planetary boundaries has never been so acute. With the world’s population expected to reach nearly 10 billion in 2050, experts estimate that global food production will need to increase by 50% to meet  demand. At the same time, rapid urbanisation and climate change are exacerbating the pressure on arable land, whose quality and availability are inexorably deteriorating. Ensuring the best food coverage, while diminishing the pressure on the necessary resources on land, energy, water, and intrants, is becoming a considerable challenge.

In May, the European Union has taken ambitious steps to address these issues with the publication of its Farm-to-Fork Strategy. A cornerstone of the Green Deal — the EU’s roadmap  for achieving climate neutrality by 2050 — this comprehensive strategy aims to make Europe’s food system more sustainable while bringing economic, social, and health benefits. It seeks to tackle both the supply and demand side by greening food production and encouraging healthier food consumption.

According to the FAO, agriculture accounts for 70% of all water withdrawals globally. These proportions impact the environment and generate conflicts of use. As the world will be facing a 40% water deficit by 2030, there is an urgent need to significantly reduce water abstraction by applying circular economy principles to water management. The recent adoption of the EU Water Reuse Regulation for agricultural irrigation sends a positive signal. Farmers can safely use properly treated wastewater while protecting the health of consumers, workers, and ecosystems.

Equally, large companies from the food and beverage industry such as Nestlé, Danone, or Bonduelle are increasingly deploying technologies to recycle their wastewater for further reuse in manufacturing processes (e.g. cleaning vegetables, cooling towers, brewing beers, etc.). The upcoming revision of the EU Industrial Emissions Directive (IED) could further promote the reuse and recycling of volumes of water on-site.

Regarding energy, the food production and supply chain uses 30% of all the energy consumed on the planet, which exacerbates the need for a more efficient use of energy throughout the agri-food chain.

One promising solution lies in the conversion of waste and industrial effluents from agro-industry into clean energy through anaerobic digestion (methanisation), significantly reducing the consumption of fossil fuels.

The revision of the EU Emissions Trading Scheme (ETS) will be an opportunity to incentivise the food and beverage industry to further develop energy efficient manufacturing sites.

Consumer choices will also play an important role in reinventing food systems. There is overwhelming evidence and a growing recognition that overconsumption of meat from intensive industrial livestock farming negatively affects environmental sustainability. In 2018, researchers of the University of Oxford conducted a study analysing livestock’s environmental footprint, and found that the best thing we can do for the planet is stop eating meat and dairy.

A number of studies highlighted that 1 kg of meat requires between 5,000 and 20,000 litres of water, while 1 kg of wheat requires between 500 and 4,000 litres of water. Meat alternatives, such as plant-based and cell-based meat, could also alleviate the pressure on natural resources and contribute to reaching climate objectives set in the Paris Agreement. This could save up to 6 gigatonnes of CO2 emissions per year.

All non-dairy milk products, whether they are made from nuts, beans, or seeds, produce less emissions than traditional cow’s milk. Switching to such products would make a significant difference. But the real challenge lies in raising consumer awareness and transforming consumption habits.

In her book Doughnut Economics: Seven Ways to Think Like a 21st-Century Economist (2017), Oxford economist Kate Raworth calls for a paradigm shift and offers a new economic model based on a doughnut (literally two circles). Its inner circle represents the basic human needs, the outer circle the planetary boundaries, and in between is the safe space for humanity. Only by living within this safe space can we meet everyone’s needs while avoiding environmental collapse. Raworth advocates for a regenerative and distributive economy and suggests to stop focusing on economic growth.

In April 2020, the city of Amsterdam launched its Circular Strategy 2020-2025 following the Doughnut model proposed by Raworth. The strategy outlines actions to become completely circular by 2050. Among the city’s objectives, cut food waste by 50% by 2030, strengthen infrastructure to allow for  separate collection of organic waste streams by 2022 and develop urban agriculture.

Today, many inspiring and innovative business initiatives are bringing hope to transform our food system. Companies such as AeroFarms in the United States are growing fresh greens just outside New York using vertical farming.

Meatable in the Netherlands and others are producing cell-based beef as a substitute to regular meat. In France, start-ups such as Ynsect and Mutatec create high-value insect proteins for animal feed and organic fertiliser for plant nutrition through insect bioconversion. In Belgium, Le Champignon de Bruxelles is growing mushrooms in a large basement with local brewer’s spent grains.

Finally, precision agriculture, an approach to farming that uses data to optimise inputs such as water, fertilisers, and pesticides to maximise crop productivity, can prevent overapplication of chemicals, which are a key source of greenhouse gas emissions in the agricultural sector.

Applying these principles and upscaling these practical solutions is now urgently required. Rethinking, redesigning and reinventing ways to feed people is needed more than ever before.

Policy-Makers Are Part Of The Solution

Throughout its 160-year history, Veolia has gone through several revolutions, wars and crises of all kinds. The upcoming revolution, that of the ecological transition, is not a source of fear, but precisely the opposite: the opportunity to deploy our energy and know-how for the benefit of all.

For this reason, Veolia welcomes the European Green Deal and related initiatives including the European Climate Law, the Farm to Fork Strategy, the new Circular Economy Action Plan, and the 2030 Biodiversity Strategy. Without the right policy instruments, the expected structural change will not happen at the pace our planet desperately needs.

First, we call on political leaders to find a swift agreement on the next Multiannual Financial Framework 2021-2027 and the EU Recovery Plan as budgetary means will set the tone for the next seven year. Sufficient support should be given to the new research programme Horizon Europe and in particular to support the development of sustainable innovation.

Adequate investment in waste collection and treatment should also be made to increase recycling rates.

In addition, the EU must address food labelling by disclosing the carbon footprint and food prices better reflect their environmental impact as it will help consumers make more informed choices and empower them to consume more sustainably. Moreover, the EU Novel Food Regulation and the European Food Safety Authority should enable safe edible insects to be sold on the European market as their production consumes significantly less land, less water and less energy than breeding farmed animals while providing more proteins.

Aquaculture is an increasing critical source of food. Land-based aquaculture facilities minimise the impacts of fisheries on the environment, while reducing the carbon footprint of conventional seafood supply chains (up to 50% reduced footprint). Utilising advanced recirculating aquaculture systems allows farmers to improve their sustainability performance. Regulators should promote such solutions.

The recovery of sewage sludge can help reduce dependence on fertilisers or produce renewable energy. This is why we believe all recycling and reuse options should be encouraged including recovery into fertiliser, compost and biomass as long as it meets strict health and environmental standards.

As already mentioned, the upcoming revision of the Industrial Emissions Directive should seek to optimise water and energy use in industrial processes. A thorough implementation of the recently adopted EU Taxonomy will contribute to drive the needed private investment in green and low carbon technologies.

Finally, the introduction of a carbon border mechanism will be detrimental to preserve the competitiveness of the European economy and prevent carbon leakage in third countries.

The next five years will be critical to the transformation of our food systems to make them more resilient and sustainable for present and future generations, so let’s not miss this opportunity to accelerate the ecological transition. 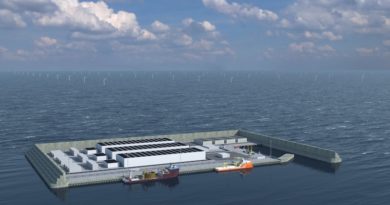 A Danish perspective on a clever deployment of Hydrogen 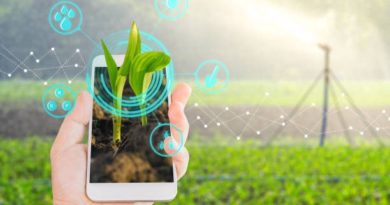 Farm-to-Fork beyond bold claims – the strategy must deliver for the planet, consumers and farmers alike 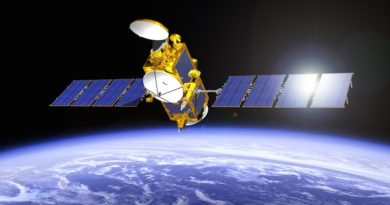