As Vice Chair of the European Parliament’s Transport & Tourism Committee, mobility means to me lived freedom; a value that always needs to be maintained. By 2050, the European Union wants to be climate neutral, which means a European economy with net-zero gas emissions. This objective is at the heart of the Green Deal and in line with the EU’s commitment to global climate action under the Paris Agreement. Hydrogen has a promising future herein and is a key building block towards this objective. Within my mandate as Member of the European Parliament I strongly support the push for green hydrogen as an integral part of Europe’s future emission-free mobility and for its vital role in the EU’s energy mix.

In Europe and around the world, public attention for hydrogen has been growing significantly. One driver has been the European Commission’s hydrogen strategy for a climate-neutral Europe, released in July 2020.

Moreover, almost all Member States included hydrogen in their national policy frameworks for alternative fuels infrastructure, with some states already adopting their own hydrogen strategies. To me, it is obvious: hydrogen technology is en vogue.

The advantages of hydrogen lie in its diversity. It can be used as feedstock, as storage or energy carrier and as fuel. Within the transition of electricity production to renewable energy sources and reduction of GHG emissions, hydrogen is a potential added value across multiple industries and sectors. The roadmap of the Commission’s Hydrogen Strategy aims to increase the share of hydrogen in the European Union’s energy mix from 2% today to 13-14% by 2050.

In its Smart & Sustainable Mobility Strategy, published in December 2020, the Commission set milestones for a green, sustainable and resilient transport system: By 2050 nearly all cars, vans, buses as well as new heavy-duty vehicles will be zero-emission. By 2035, a zero-emission aircraft is expected to be market-ready.

In my view, these ambitious goals must be achieved with the help of hydrogen technology and hydrogen drives. I am convinced that mobility applications are the first and most important large-scale industries in which hydrogen can be applied.

Electric vehicles with hydrogen and fuel cell drives are already available on the market and due to the Alternative Fuels Infrastructure Directive, the European network of hydrogen filling stations is growing steadily. Revising this directive can now make hydrogen a mandatory fuel for all transport modes. The EU should work on points of synergy between the Trans-European Transport Network (TEN-T) and the Trans-European Energy Network (TEN-E), to achieve this process. Such a change would require a large availability and coverage of refuelling options, not least because of the specificities of infrastructure for heavy-duty vehicles. To provide for this, the European Union urgently needs to adopt a regulatory framework and common technical standards, which enable interoperability. A denser network of filling stations would allow for a broader application of hydrogen fuel cell mobility, and the combustion of (green) hydrogen in conventional internal combustion engines. As alternative or in addition to this, adding green hydrogen to conventional fuel production could already achieve a significant reduction in CO2, a method comparable to adding biofuels.

The European Commission estimates that an investment of only 65 billion euro will be needed for transport, distribution, storage and refuelling stations. Additional money is needed for electrolysers, retrofit “fossil” hydrogen production sites and capacity expansion.

One crucial pillar of financing is the InvestEU program, the capacity of which has been duplicated by the Recovery and Resilience Facility. It supports the leveraging of private investment in order to expand the hydrogen economy. SMEs also play a significant role in the Union’s energy and transport value chains. For me it is therefore of utmost importance that they have equal access to these hydrogen support tools.

Besides that, Research and Development is significant in making hydrogen cost-competitive with conventional fuels while at the same time minimizing the environmental impacts of its production. Public funding such as through the Innovation Fund and InvestEU shall finance large demonstrators. Moreover, research fields like more efficient electrolysers, hydrogen from algae solar water splitting and pyrolysis, as well as infrastructure solutions for large-scale hydrogen distribution, storage and delivery shall be advanced.

It is clear that green hydrogen energy will become a significant pillar of the EU’s future energy system, and that it will enable us to reach our ambitious climate-targets. Its vast potential and varietal use for the transport, industry and the housing sector, will pave the way for decarbonisation. But to ensure that it does not just remain a dream, boosting demand and supply on a competitive interoperable European hydrogen market, must be created. For all of this to work, the European regulatory framework must consolidate its economic, industrial and energy policy. My role is to ensure that Europe sees the big picture and that our politics do not focus on one single technology, but instead ensure that future legislation is open to any form of technology and future innovations. 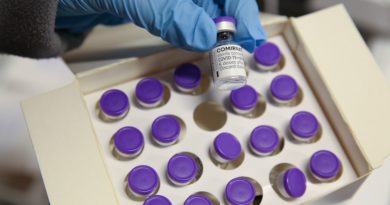 When in a pandemic, call on your development bank 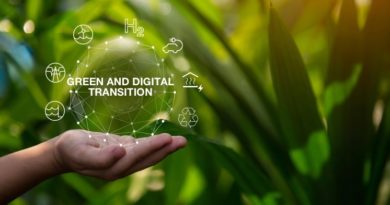