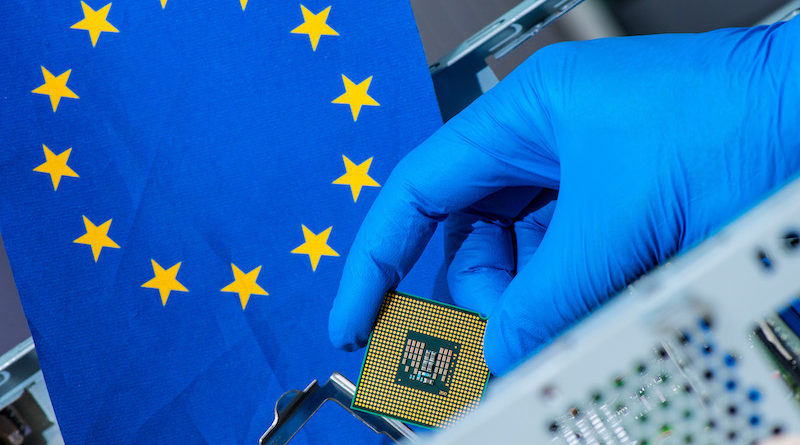 The recent critical impact of the Covid-19 pandemic fallout on the chip industry, has made citizens, businesses, and policy makers aware of the vital place that chips occupy in our modern societies. Exports of semiconductors were also explicitly targeted in the EU’s sanctions against Russia following the invasion of Ukraine. A modern electric car uses about 2000 chips of all sizes, roughly double the number of chips needed in a conventional car. Imagine how many a quantum computer breaking codes in a malicious cyber-attack would require.

Alternative-fuel vehicles will be central to greening the EU transport sector, which is responsible for around 20 % of all Green House Gas (GHG) emissions within the EU. There is no climate neutrality without digitisation and there is no digitisation without a resilient semiconductor ecosystem in Europe.

Chips are also at the heart of any future innovation and security. From gradual AI deployment across all sectors of the economy to 5G and 6G, cloud and edge computing, the semiconductor industry will be central to achieving the EU’s digital targets for 2030.

However, do we have the needed capital as well as the right market conditions in Europe to support large scale investments? The truth is market fragmentation in terms of regulations and investment policies, is hindering growth and posing major barriers to large-scale investments.

Therefore, it is extremely important to push for a pan-European investment mindset every step of the way. National interests should never outweigh a smooth European digital transition. When taking over the French presidency of the EU in January 2022, President Macron described “Digital Sovereignty” as being European. No member state on its own can deliver on this ambition.

The European Chips Act: a step in the right direction

Two major aspects of the new European Chips Act stand out: a significant focus on building skills and competences as well as a strong will to ease down the cumbersome construction permit processes. On the skills and competences front, in 2020, over 55% of European companies reported difficulties in recruiting ICT specialists. ICT specialisation is an essential pre-requisite for a resilient semiconductor ecosystem, especially in the design area.

The support mechanisms pledged by the Chips for Europe Initiative to boost training and skills can certainly help in lessening the talent gap. However, it is important to ensure a coordinated skills building strategy across the continent.

The pledge to set up a network of at least 27 centres of excellence, echoes one of our top recommendations. However, it will be important to work with different sectors from defence and transportation to health and other key areas of innovation.

On new fabrication plants, the recognition of semiconductor production facilities as ”first-of-a-kind” in the Union and the set-up of a fast-track permit process, are both favourable measures to ease the red tape bottlenecks. In fact, in Europe, it can take up to 6 months on average and a ton of long administrative procedures for any investor to be granted a construction permit.

By any objective standard, the European Union has been a remarkable success story. The post-World War II marked an extraordinary period of economic growth and stability. That quarter century has even been dubbed the European ”golden age”. But what has European history to do with the current chip crisis?

Partly, the success lies in moving from a nation-state-based economy to a regional one, embedded in global trade structures. This mindset shift allowed companies in Europe to grow and become global giants. Looking at the semiconductor industry today, more of this pan-European thinking is needed.

To strengthen the semiconductor industry ecosystem, Member States need to join forces. Unfortunately, the national recovery and resilience plans do not reflect this. Europe needs to establish a single chips strategy while aligning with our closest tech allies including the US, Japan and Australia.

Beyond the low-hanging fruit

Measures such as easing state aid procedures are a great start but remain short-term solutions. Member states need to be encouraged to act in concert rather than independently.

For instance, Europe is home to some world-class suppliers of raw materials such as substrates and gases, key components for manufacturing chips. The EU’s global market share of this crucial manufacturing segment amounts to 14%. The EU equally provides over 23% of the world’s chips manufacturing equipment to all chip makers.

There is an unmissable opportunity to avoid scattering foundries here and there and instead setting up regional energy-efficient production hubs. A large-scale EU investment policy will attract top private investors benefiting from a favourable business environment.

The EU should also facilitate cooperation between Member States through coordination fora such as the European Semiconductor Board and the Industrial Alliance for Processors and Semiconductor Technologies, and it is important that representation in these fora mirrors both the need in public and private sectors.

Industry voices will help the EU deepen its understanding of key features of the semiconductor industry to cope with the ever-changing market dynamics.

The Chips Act Package is undoubtedly a major step in asserting Europe’s leadership position on the global stage. We look forward to cooperating with Member States and the European Parliament to ensure this package of measures translates into concrete policy and investment measures for the benefit of European citizens. 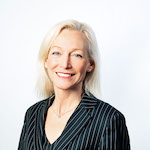 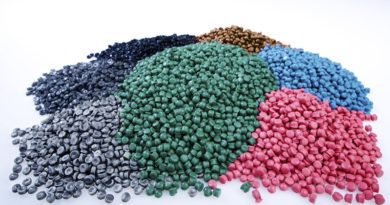 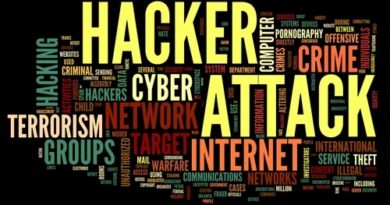 Education as a tool against cybercrime