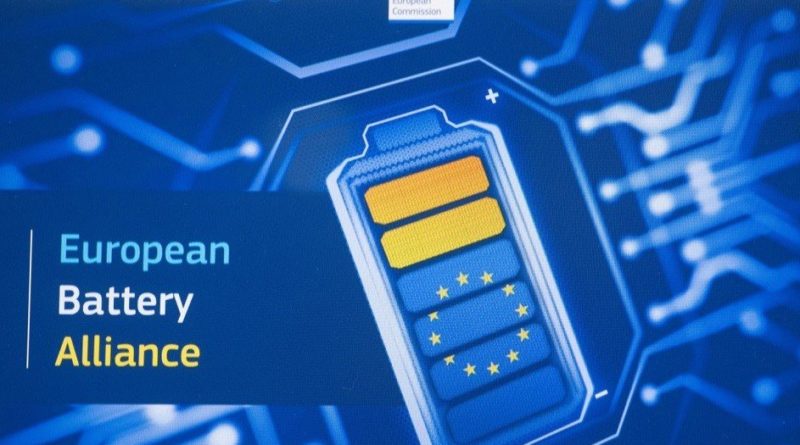 The European Energy landscape and especially its electricity dimension, is undeniably going through a profound transformation characterised by several trends, namely decarbonisation which also entails electrification of some energy usages, decentralisation, sector coupling, and digitalisation.

Although these trends are pointing into various directions, there is a common ground: the core role to be played by flexibility in the future energy system.

In addition, the rising policy, regulatory and political developments regarding CO2 emissions standards for light-duty vehicles and soon for trucks put more and more pressure on the internal combustion engine technology.

Facilitated by the plummeting cost of batteries, this also explains the hockey-stick rising trend of Electric Vehicles (EVs) already observed over the past few years, which seems to be at its infancy.

Adopting a broader view, the entire battery value chain, from raw materials (such as lithium, cobalt or Graphite) to recycling, is now getting prepared and engaged into this profound change, fueled by a rising number of Original Equipment Manufacturers (OEMs) announcing massive investments in electric mobility, and nudged by a strong  political will.

Focusing on one of the links of this chain, namely cell manufacturing, capacities are blooming across the world even though for now, the lead is taken by Asian countries, notably Japan, Korea and China.

Battery cells are sometimes considered as a commodity, implying that sourcing would be largely driven by the price.

However, a battery cell is not a commodity: the performance not only depends on the type of cell (such as the chemistry or the design), as the quality of the manufacturing process and of the advanced materials employed could also impact the use.

For this reason, battery cells cannot easily be sourced anywhere as commodities.

For complex products like EVs, where the battery itself could represent a quarter to a third of the final commercial value of the product, there is a clear incentive for manufacturers to have, at least, a geographical proximity with their cells’ suppliers.

There is thus no doubt about the strategic imperative to develop domestic manufacturing capacities of sustainable batteries in Europe in this context of unstoppable electrification of mobility.

This is essential to support the European automobile industry and thus to maintain the corresponding direct and indirect jobs, but it is also an industrial opportunity to strengthen the competitiveness of Europe and facilitate the overall energy transition, leveraging technological excellence and a strong industrial base on the European soil.

The European Battery Alliance (EBA) officially launched by Vice-President Maroš Šefčovič in charge of the Energy Union on October 11th 2017, intends to act as a call addressed to the European industry to seize the opportunity of a technology, namely Battery, that will be at the core of the energy transition.

The main goal of the EBA is indeed to create the necessary momentum to support the European Industry in the field of safe and sustainable batteries which could amount to 250 b€ of an annual European market by 2025 (that covers the needs all along the value chain: power, transport and industry), and make European champions emerge as a credible alternative to North American and Asian players and to eventually avoid the risk for Europe to become fully dependent on foreign batteries.

Following-up the political launching of the EBA, Vice-President Šefčovič gave mandate to EIT InnoEnergy to mobilise and steer Industry towards the delivery of first recommendations on enabling framework conditions to create a pan-European and cross-sectoral batteries ecosystem, capable of converting a technological leadership into competitive products and services.

These recommendations formulated by the so-called EBA@250, the industrial workstream of the EBA led by EIT InnoEnergy, notably contributed to the Strategic Action Plan on Batteries issued by the European Commission in May 2018.

In practice, this process thus gave birth to a reinforcing and growing industrial ecosystem of stakeholders coming from the entire battery value chain and driven by the shared ambition of making Europe one major stakeholder in the Batteries sector in the coming years.

On their side, European car manufacturers have made clear their strategic move towards EV.

From a globalized economy’s perspective, although Asian players seem to dominate the market with companies like LG Chem, Samsung or Panasonic from the manufacturing side, and OEMs such as BYD, Europe is quickly ramping up, with new European (like Northvolt) and foreign (like LG Chem, Samsung or CATL) investments being announced at a quick pace.

Beyond the positive signal these investments send to the outer world, it will also probably contribute to create domestic jobs, as manufacturing has indeed a fairly high labour intensity (21 jobs per m€ of Value Added for manufacturing in general, and 19 for manufacturing of motor vehicles).

Analysts and observers forecast more than 1100 GWh of global manufacturing capacity of Li-ion battery in 2028, with 207 GWh (around 18.8%) in Europe (versus 13.4% in the USA), which is a different picture compared to the situation few years ago.

Still according to analysts, the European manufacturing capacity of Li-ion battery may be insufficient to match the EV battery demand from Europe, which is forecasted at 400 GWh in 2027.

So there is room for massive industrial investments, that will create the related jobs, with no tangible risk of overcapacities in Europe.

The EBA initiative has also remarkably helped identifying the main efforts to make in Europe.

It has created the suitable conditions to align, mobilise, orchestrate and provide extra visibility to the full set of EU tools and instruments in the hands of the European institutions, from regulation, such as via the eco-design and battery directives, to Research & Innovation activities (i.e dedicated calls in H2020, creation of a European Tech- nology and Innovation Platform (ETIP) on Batteries, partnerships of European regions active in batteries R&I etc.), or even skill-related activities such as the Erasmus+ Sector Skills Alliance dedicated to Batteries for electro- mobility.

It can also leverage tools in the hands of the European Investment Bank which is ramping up on energy transition and notably batteries with the InnovFin EDP product.

In addition, national and multilateral initiatives are also on-going in a very timely manner, as illustrated by the recent declaration from France and Germany on a joint strategic plan to develop battery manufacturing capacities and corresponding expertise in Europe.

In this perspective, Germany’s economy minister Peter Altmaier made bullish declarations about the longer-term prospects for both EVs and European cell production, announcing that the goal was to cover around 30% of global demand for battery cells from German and European production by 2030, and demonstrating this ambition by stating that Germany alone would set aside 1 bn € to support battery cell production.

France has also launched on January 2019 a call aiming to mobilize the national competencies on batteries, in the frame of the Franco-German initiative.

Many other Member States, like Poland, Slovakia, Czech Republic, Sweden, The Netherlands, Spain etc. have also expressed a strong interest for batteries and are developing strategies to support industrial initiatives and attract investments.

Intergovernmental initiatives could be enabled and catalysed by the existence of an EU instrument to potentially benefit from State Aid exemptions: the Important Project of Common European Interest (IPCEI).

This demonstrates the complementarity and mutually reinforcing nature of the various initiatives supporting battery Industry in Europe taken at different levels and by various types of stakeholders, both from the public and the private sectors.

To conclude, acknowledging that the electrification of mobility is not an option and that car manufacturers have clearly announced their ambition to move towards a new technology of powertrain, for competitiveness and employment reasons,

Europe should host the largest share of car and battery manufacturing capacities.

All in all, the coming years are decisive to ensure that this impressive political impetus created in 2017 by the creation of the EBA is effectively translated into an industrial momentum leading to socio-economic benefits for Europe.

In these unsettled times, beyond the case of batteries, this political initiative kickstarted at EU level is outstanding and could be echoed to tackle an even broader challenge involving additional economic sectors: the energy transition.

The raison d’être of EIT InnoEnergy is precisely to accompany the energy transition, and we will keep on supporting these ambitions with enthusiasm and determination. 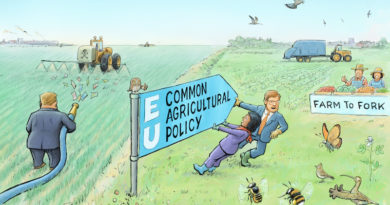 PLANETARY DIETS: the Power is on our plates, and on our food policies! 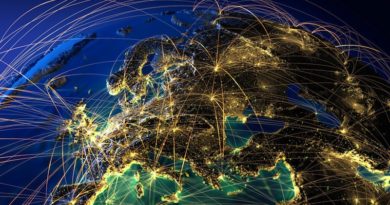 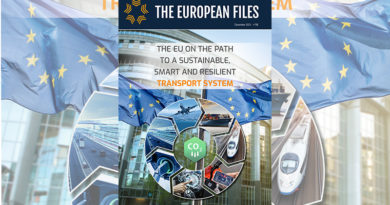