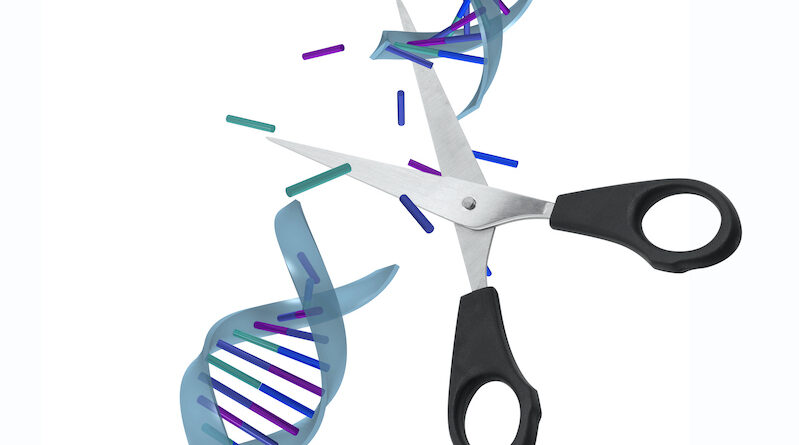 Climate change keeps deteriorating, biodiversity loss has transgressed safe limits and conservation challenges are fast developing. Adverse feedbacks on agriculture systems, nutrition and food security are tangible and legislations on Climate Change and biodiversity call to act “globally” and “urgently”. It is proven that not all technology-based solutions to climate change are always beneficial to biodiversity conservation (e.g., bioenergy plantations). In recent years conservationists have made sanguine critics against a highly versatile genome-editing toolkit, CRISPR-Cas (Clustered Regularly Interspaced Short Palindromic Repeats and CRISPR-associated protein) also known as “genetic scissor” By reducing crops vulnerability to climate change, CRISPR-Cas helps restoring the equilibrium between crops and the altered climate. However, the same is not necessarily true between CRISPR-Cas and biodiversity due notably to alleged off-target production effects of CRISPR-Cas on plants. Despite those concerns,

The recent adoption of the Global Biodiversity Framework (“GBF”) at COP15 and a study initiated by the EU Commission (“EU Study”) on synthetic biology are likely to foster the use of CRISPR-Cas as a solution to not only climate change but also biodiversity conservation.

This article explores some scientific, regulatory and patent challenges.

Advances in genome-sequencing technology have enabled to better understand the genetic structure of life. CRISPR-Cas is building on those discoveries to redesign wild plant varieties and hybrid organisms to achieve the desired adaptive traits to better respond to real-world threats such as climate change. CRISPR-Cas edited crops are categorized into SDN-1, 2 & 3 based on the type of joining of the targeted double-strand break (DSB) created by side-directed nuclease (SDN), with or without homology-directed repair. SDN-1, 2 applications are used in crop plants to develop a broad range of adaptive traits. They are usually considered as non-invasive since the repair mechanism does not require exogeneous delivered DNA (Figure 1).

There is no consensus amongst biologists whether the result of gene editing obtained through SDN-1 or SDN-2 are distinguishable from those that achieved by spontaneous natural mutations at the molecular level. For example, conservationist argue that gene editing produce changes in areas of the genome that are otherwise protected from mutations.

How CRISPR-Cas responds to both climate change and biodiversity conservation?

While CRISPR-Cas can be used to mitigate and adapt to climate change, they are still limitations to its efficacity. First, the toolkit is unable to establish a genotype independent delivery method. Second, the technology provides a narrow scope of potential solutions without the use of intra and transgenic approaches. In most of the experiments, researchers produce mutations of genes whose knockout contributes positively to a trait. However, it is more common that loss-of-function mutation detracts from the organism’s performance. Thus, seeking to produce improved crops solely through loss of function mutation significantly limit the range of possible improvements. Negative effects of CRISPR-Cas in respect of achieving biodiversity conservation are also not ruled out as summarized in the below table.

It has been continuously debated about how technology can achieve a sustainable future as many would argue that technology, development and more specifically industrialization crate an unsustainable future. Despite the absence of consensus among scientists on the adverse effects of CRISPR-Cas on biodiversity, international and EU legislative developments are likely to surpass scientific fears to foster the use of CRISPR-Cas.

While the newly adopted GBF does not mention CRISPR-Cas as a solution to biodiversity conservation, it emphasizes the role of “science and innovation” in supporting the achievement of the GBF’s targets. Similarly, the EU study concludes on potential contributions of new breeding techniques to sustainable agri-food systems in line with the objectives of the European Green Deal.

The combined effects of the GBF and EU Study are likely to boost the use of CRISPR-Cas by removing it from the scope of GMO legislation in EU:

Just weeks after the COP27 on Climate Change, the Convention on Biological Diversity (CBD) gathered representatives from most governments to discuss the Post-2020 Global Diversity Framework at COP15/MOP10. On synthetic biology, COP15 reaffirms the Decision 19 at COP14 which recognizes the potential benefits but also adverse effects of synthetic biology on biodiversity and recommends regular monitoring and assessment.

COP15 has succeeded in reaching the GBF, a key part of it is a set of Goals and Targets to guide actions until 2050. There are several targets relevant to synthetic biology summarized below, which enhance the role of CRISPR-Cas as a solution to biodiversity conservation.

Furthermore, the GBF’s plan for Capacity-building and development and technical and scientific cooperation recognizes the need to support the development of biodiversity-related technologies and innovations, including biotechnology.

The EU currently applies a strict approach to regulating CRISPR-Cas that effectively bans the introduction of gene-edited crops in Europe. In opposition to dominant scientific recommendations, the European Court of Justice (ECJ) ruled in 2018 that gene editing, as a form of mutation breeding, shall be regulated under the 2001 GMO Directive following many other nations as shown in Figure 2.

Following the adoption of the EU Green Deal, the European Commission has presented a new proposal for plant modification on the back of the EU Study which includes the possibility to breed plants that have been developed using CRISPR. The adoption of the proposal is planned for the second quarter of 2023. More likely, CRISPR would be removed from the scope of GMOs legislation on the basis that it has no foreign DNA intentionally added to the crops genome and is key to achieving the EU Green Deal.

CRISPR toolkit adds to the list of existing technologies to bring about substantial emission reductions necessary to reduce e-CO2 for the next half century. The debate about the deregulation of CRISPR has now reached a momentum since the effects of climate change have already started to emerge and will undoubtedly worsen.

Other challenges, in particular patent rights, could affect its deployment and worldwide access.

Long running patent disputes and complex licensing landscape threaten the deployment of CRISPR-Cas. Two groups of researchers claim proprietorships in CRISPR-Cas9. One, led by molecular biologist Dr. Feng Zhang at the Broad Institute of MIT and Harvard in Cambridge, Massachusetts (“BI”), The other team includes biochemist Dr. Jennifer Doudna at the University of California, Berkeley (“CVC”), and microbiologist Dr. Emmanuelle Charpentier, who shared in 2020 the Nobel Prize in Chemistry for discovering CRISPR–Cas9.

On February 28, 2022, the Patent, Trial and Appeal Board (“PTAB”) issued a decision in favor to BI (US Patent No. 8,697,359) on the ground that BI was the first group to invent CRISPR/Cas9. CVC has now appealed against the PTAB’s decision. In Europe, BI’s EP patent (EP EP2771468) is revoked due to lack of novelty in view of BI’s own prior US patent. CVC’s European patent (EP3401400) was opposed by four opponents for lack of novelty and inventive step. In 2022, the Opposition Division of the European Patent Office upheld the patent subject to minor amendments.

There are now over 10,000 families of patents on CRISPR-related technologies, but the initial patents that the CVC and BI teams filed are broadest in terms of claims and thus foundational. Companies wishing to use CRISPR–Cas9 might be required to obtain licenses from whichever the current patentees.

Stakeholders could also try avoiding these patents and royalties altogether by using different CRISPR applications. Such applications occur naturally in numerous bacteria and archaea or use alternative enzymes such as CRISPR-Cas13, or CRISPR-Cas14, which are small and easy to convey into cells.

Although the use of old technology is considered to have caused the issue of climate change and biodiversity loss, scientific progress with new technology and wider access is seen as the best way forward. The tangible effects of climate change on food security and conservationists’ challenges in meeting the ambitious GBF’s goals are likely to boost the adoption of the EU proposal on CRISPR. EU based crops companies will benefit from both the deregulation of CRISPR and a clear EU patent proprietorships context to launch or re-launch research programs which have been put on hold since 2018 following the ECJ’s decision. 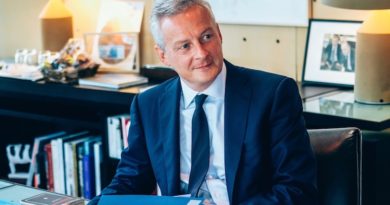 A new approach for the future of industry in Europe 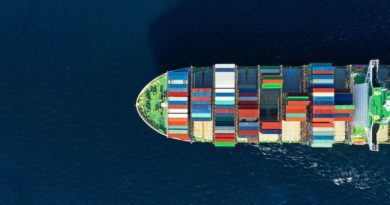 The Ets extension to maritime: finally contributing its fair share 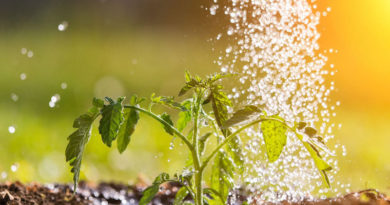 From River 2 Farm 2 Fork, and back