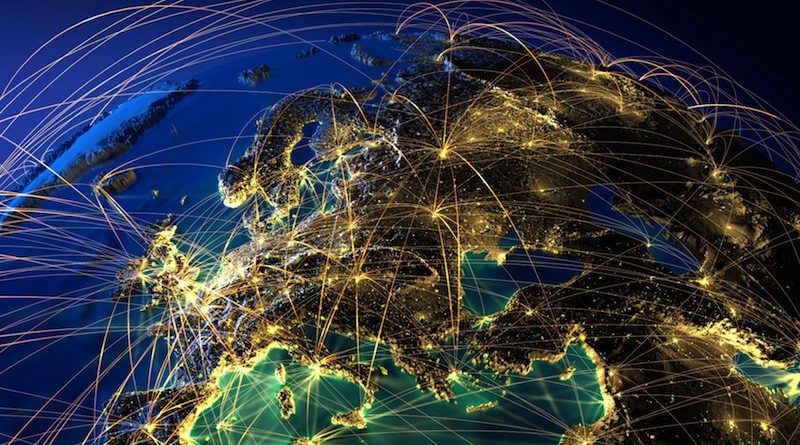 On 27 March 2019 the European Council, in its conclusions, invited the European Commission to present by the end of 2019 a long-term vision for the industrial future of the EU, along with concrete measures to implement it. At last!

European industry faces multiple challenges: the digital revolution, climate issues and the energy transition, an increasingly demanding and complex European regulatory landscape, increased global competition in a challenging geopolitical environment (America first, Made in China 2025 …), where multilateralism and its governance are being undermined. European industry, representing currently just under 15% of the European GDP (18.4% in Germany, only 9.8% in France) has declined by nearly 5 points of GDP in two decades.

It remains a vital engine for the European economy, in terms of employment, societal integration, exports, quality of products, and technical expertise to define tomorrow’s global standards, aligned with climate issues. It has no choice but to anticipate changes and to adapt. Managing these evolutions requires a clear and acceptable strategy shared at all levels of companies, but also of its stakeholders. Change is needed, but how fast? If we move too fast, we may fall into the danger zone, if too slow we could end up staying in our comfort zone with a growing risk of weakening: only the right tempo can ensure progress, competitiveness and acceptability.

The legislator sometimes has difficulties to imagine all the levers of transformation and the constraints faced by companies to find the right tempo. Lawmakers have their own political agenda & time horizon. They also face pressure from civil society, social media, and are challenged by some NGOs, often guided by ideological aspirations, legitimate in their goals but driven by immediacy and disconnected from consistent and reality-proofed pathways. Unfortunately NGOs are hardly ever driven by proponents of much needed pragmatic solutions through built in dialogue.

European institutions, mastering the difficult art of compromise, are increasingly biased by this wave of aspirations. This puts at risk European industry, which evolves in a global world and cannot at the same time transform itself, absorb more and more regulatory constraints and face external competitors who do not obey the same rules.

A combination of solutions for an acceptable pathway for the transition:

The European rules on vehicles emissions standards for 2025 and 2030 require manufacturers to rush towards electricity, leading to massive demand growth for batteries (more than 30% of the cost of a vehicle) while the European battery industry is lagging far behind Asia. Consequently, Member States subsidize electric cars, while diesel engine factories start to ramp down and China builds more and more battery giga-factories, dominating sourcing of rare earths like cobalt in Congo, and aims to impose its standards. With this approach unfortunately overall CO2 emissions over the life cycle are sub-optimal.

The optimal pathway would combine a mix of solutions adapted to each situation: all electric for fleets, trucks and buses operating in urban areas, rechargeable hybrid vehicles (PHEV1), sustainable biofuels, new-generation combustion engines at 2 liters/100 km, gas-fueled long-haul trucking (…). No anathema, just the right alchemy that, globally, in an economically & socially acceptable way, addresses the challenges of climate and air quality, industrial challenges (jobs, competitiveness, purchasing power), and the large diversity of situations of European citizens. Consider PHEV: instead of dimensioning the battery to the longest possible range, the target is to adapt the battery size for daily home-office commuting to reach an optimum TCO2 per km and a lower CO2 emissions per km (on a life cycle basis at global scale).

The hybrid solution in one car is smart, providing autonomy for multiple uses, ecofriendly on the life cycle and moreover enable industry to adapt while developing and scaling up solid state technologies for the battery of the future. Think of the sub-optimal path of moving a 750 kg battery which is used at only 20% of its capacity most of the time. Hybridity is a smart way to speed up the transition. Instead of banning diesel cars, it would be smarter to request adequate hybridity post 2025.

Gas is part of the solution and a transition catalyst for quick wins to reduce C02 emissions:

Regarding gas, all experts agree that natural gas is part of the solution to accompany the progressive phase-out of coal while reducing C02 emissions and complement the intermittency of renewables. Gas infrastructures are largely in place and largely amortized in the EU and the ramp-up of LNG imports ensures a diversity of competitive, secure and flexible supply sources to compensate the decline of indigenous production (Groningen in Netherlands …) and provides a good balance with imports of gas via pipeline from the North Sea, Russia and North Africa.

Long-term solutions to reduce the carbon footprint of gas such as bio-methane, hydrogen, CCUS, must be further developed, but once again, there is no one-size-fits-all solution since each of them has its own constraints, specificities and economics and cannot be massively scaled-up, at least for several decades. Their sustainability has to be looked upon on the overall life cycle. The value chain of the gas industry has to be considered with a long term prospective: 2040/2050 are within the next investment cycle.

Gas fuels all sectors of European economic through its multiple uses. The gas price (and the electricity one partially pegged to it), is a key component of the competitiveness of the European energy-intensive industry. It is therefore a paradox that gas suffers, within the Institutions in Brussels, from its “just-another-fossil-fuel” image, while it is indeed part of the solution for the energy transition for several decades.

In these times of profound change, the dialogue between the Institutions and the industry is, despite numerous high-level roundtables & events, lacking deepness, efficiency and mutual trust. The vision of the industrial future of the EU must be a co-construction between European institutions, Member States and companies from major industrial sectors.

The framework for dialogue needs to be enlarged beyond European professional associations and lobbyists, while spreading deeper into the industry, breaking the silos to explore solutions globally. The recent approach of the European Commission on value chains, and on energy intensive industries to reinforce cooperation at all levels with cross-sectorial solutions is crucial. The ambitions on the Horizon Europe program to speed up technological innovations, policies for the creation of startups and especially their global scale-up, as well as initiatives on the training of young Europeans for the jobs of the future will be decisive.

Europe’s competitiveness also depends on a more inclusive European policy at all geographical levels, local, national, regional & Europe with a focus on the development of industrial hubs to further optimize the level of cooperation (products flow, CO2 emissions, CCS, environment protection, recycling and waste management). Companies have today a high sense of societal and environmental responsibility and recent surveys show that more than 70 % of citizens trust companies, which is very encouraging.

A European industrial strategy aligned with the Paris agreement cannot be conceived without addressing the question of the carbon pricing and a border adjustment mechanism to ensure a level playing field between European industry and its competitors in a global market. EU would be naive to only consider its direct CO2 emissions. It is becoming increasingly necessary to take into account the “imported carbon”, one way or another and, in the absence of a global taxation system, to impose a carbon adjustment mechanism at borders. How to build these mechanisms while respecting multilateral world governance? Is a carbon tax at the EU borders compliant with the WTO? Probably not. So let’s be inventive and use the VAT pathway. Who remembers today the inventor of the VAT in 1954, Maurice Lauré, a Frenchman who was inspired by the idea of a German businessman, Wilhelm von Siemens, who in the 1920s suggested to tax the “extra” value of a production? The VAT was established in France by a law voted on April 10, 1954. Since then it has not ceased to spread and to be adjusted. So let’s adjust it to the added carbon content on a scale consistent with the ambitions of the Paris Agreement, with a redistribution/correction mechanism to make it acceptable to the less well off. The VAT mechanism which applies to the internal market (domestic production as well as imports) is compliant with the WTO. It is well established, already implemented throughout Europe and therefore simple to integrate, including in complex value chains. To make this carbon adjustment mechanism robust and consistent internationally, a conventional avoidance system of carbon double- taxation could be designed.

Such approach could be further explored. It has several merits with regard to climate challenges:

› It strengthens the competitiveness and level playing field of European industries in their transformation phase.

› It strengthens the European industry transformation towards a net zero carbon economy mid-century in Europe.

The battle of standards:

The deep transformation of the European economy emphasizes the challenges to win the technology race and consequently to impose our industrial standards, mastering quality standards including the carbon value, with even more emphasis on Ecolabels & Ecodesigns processes. For example, losing the battle on future battery standards would not only put the European car industry at risk, but would at the same time also limit the ambition of reducing CO2 emissions at a global scale.

In summary, let us deepen the dialogue between the institutions, industry and civil society, without anathema and Manichaeism, but with the common objective of building together concrete solutions for a path that is acceptable to all and respects climate commitments made in the Paris Agreement. 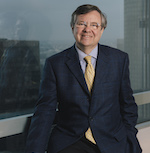 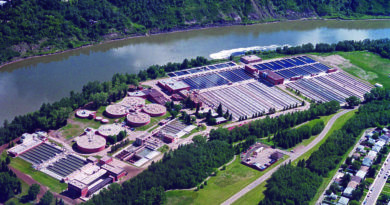 Driving the Adoption of Water Reuse 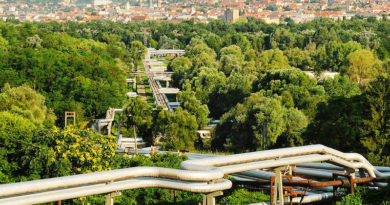 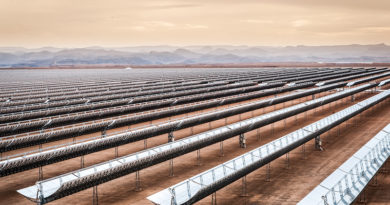 The EIB enables strategic investment, and not just for Europe