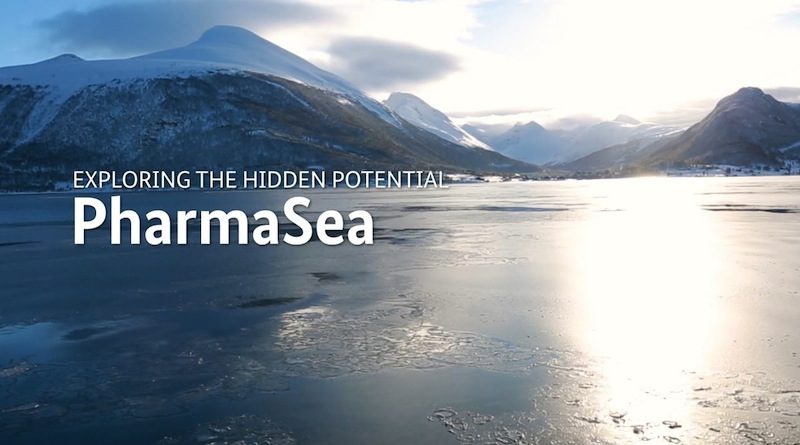 Double or nothing – Investing in the sea

Soon give it a dozen years or so  we might be able to see several ocean-based technologies outperform terrestrial industries in terms of both value and employment.

According to the OECD the output of the global blue economy, estimated at 1.3 trillion euro today, could more than double by 2030. Needless to say, for Europe the current 5.4 million jobs and nearly 500 billion euro per year of the maritime world would be a game changer if times two.

But this is not a game one can “play” lightly. Our continent does have the potential to increase its ocean economy, even significantly, but we must go about it with responsibility and judgement.

Whatever we do in the oceans, we are doing it in a delicate environment that is as important for our welfare as economic development. We have had the far-sightedness to make preparations and take precautions quite a long time ago.

Half a decade of efforts to boost marine research, equip people with the right skills and give certainty to business is now starting to bear fruit, as our most recent report show. And we have changed the way we go about maritime innovation.

For the six years leading up to 2020 we have given all our funding instruments a maritime angle main streaming blue growth into all.

A few examples. As the European Maritime and Fisheries Fund (€6.4 billion) helps maritime regions to diversify their economies (for instance with the ‘Blue Careers’ action on vocational training or the ‘Blue Labs’ action in support of start-ups), Horizon 2020 spends over 260 million a year on maritime research.

I will just mention here the PharmaSea project, whose discoveries might lead to new anti- Alzheimer’s drugs. Meanwhile the European Fund for Regional Development has 5.5 billion available for the blue economy – projects are ongoing to improve ports in outermost regions and minimize collisions and oil spills in the Baltic Sea.

Another 2 billion come from the Cohesion Fund, which is behind the extension of the Cypriot port of Limassol. And while the Connecting Europe Facility secures year-round navigation in the northernmost regions, the EU programme for the competitiveness of small and medium sized enterprises injects over €600 000 into sustainable tourism.

Despite this all-round intervention, access to finance remains a challenge for many blue economy players. This is an area where new infrastructure is costly and paybacks are far from immediate.

The European offshore wind energy industry alone needs to attract around 100 billion by 2020 to meet its deployment targets an arduous task even for a tried and tested technology like wind power.

But it is newer ideas that have the hardest time. Take other ocean renewables like tidal and wave energy: potentially huge but just at the dawn of their development cycle. Even though the EU has covered (quite well, one might add) the funding of research, investors are still needed to take those new technologies into the market. There lies the current rub.

We do have the European Fund for Strategic Investment (EFSI), which is precisely meant to fill that gap. Two years on, out of the 315 available about 3 billion are being used in favour of the blue economy: improving rail and road connections between land and ports in Spain, for example, or modernising the Balearia fleet with new dual-fuel vessels.

Beyond these and a few other rather large projects, the Fund still needs to reach smaller, less established industries. Hopefully its uptake from the maritime sector will still increase in the next few months, and in the meantime the European Commission is not staying idle.

We have intensified work with the European Investment Bank and are exploring ways to pool projects around the same topic or region into packages that can be eligible for support and more attractive to investors.

We are also looking at investment platforms that would combine capital from various sources and that would serve as “funds of funds”. The green shipping initiative signed last year by Societé Generale is a good example of how this can work.

The EU’s Connecting Europe Facility investment of €34 million is leveraged by an EIB loan of five times that amount and by private investment to make available a total of up to €500 million. This goes to support the cost of fitting or retrofitting vessels to emit less sulphur and carbon dioxide a good way for the EU to help industry enter new markets and at the same time cushion investors against risk in new projects that support environmental policies and that would otherwise not get off the ground.

So much for the ‘preparation’. I have also mentioned ‘precautions’ and that is the other element that needs attention now.

Because once we do secure the proper investments in the blue economy, we must still ensure that processes and outcomes are environmentally sustainable; that all ocean and coastal resources are managed responsibly; and that benefits are shared fairly and inclusively.

This is why at this very moment, in the run up to the UN Ocean conference in June and the ‘Our Ocean’ Conference in October (which the EU will host) we are striving to generate new commitments from both public and private actors on the conservation and sustainable use of ocean resources.

We are seeking the active involvement of financial institutions and NGOs. And we are inviting business leaders to become ‘ambassadors’ for the oceans. Importantly, we are also initiating a global discussion on the principles that should guide any future investment in the blue economy.

If the political world, the corporate world and the financial institutions agree on such sustainability principles, our October conference can culminate in a common Declaration taking us a step closer to healthy oceans and to the economic miracle they are capable of. 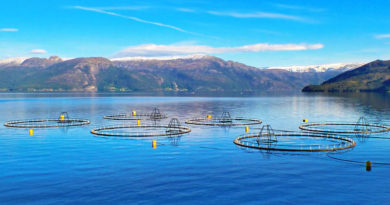 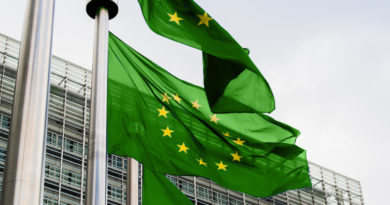 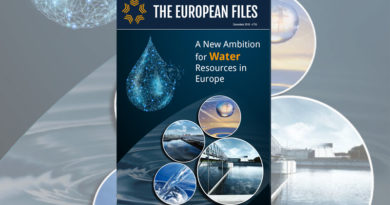 A New Ambition for Water Resources in Europe