The current energy system, which is based on burning fossil fuels, is the main cause of climate change and air pollution. It also accounts for the European Union’s high level of energy dependence, with imports meeting 54% of European energy needs.

There is a general consensus that the solution to this main threat to humanity is to speed up the decarbonisation of the economy, promoting an energy transition towards a renewable-based energy model.

The European Union is right therefore to consider changing its energy model, with a drastic reduction in the use of fossil fuels. It is proposing to reduce CO2 emissions by 40% by 2030, and between 80 and 95% by 2050.

Furthermore, energy efficiency targets are being set out for 2030 (around a 30% improvement), as are objectives for renewable energy promotion (foreseeably greater than 27% of the share of final energy consumption).

For instance, the “Clean energy for all Europeans” package, supported by Vice-President Šefčovič and Commissioner Arias Cañete, lays the groundwork for a new, secure, sustainable and competitive energy model, in accordance with the aims of the Energy Union, although its final content must still be adopted by the Parliament and the Council.

Furthermore, with the recent reform of the Directive on the EU emissions trading scheme, which has already been agreed between the Parliament and the Council, Europe is seeking to reaffirm its climate change leadership by improving the design of the CO2 market and creating long-term signals to incentivise investments in low-carbon technologies.

In the same vein, the Clean Mobility Package, which has been proposed by the Commission, consists of measures promoting more sustainable transport and thus helping to meet the binding targets of the Paris Agreement.

Increasing the electrification of the economy is the main route to covering the expected strong growth in global energy demand whilst, at the same time, also meeting international emissions reduction commitments.

Despite being responsible for only 25% of global emissions, the electricity sector has great potential for further emissions reduction. Effective solutions are available to achieve this, such as replacing fossil fuel sources with renewables.

In Europe, the electricity sector is the one with the most rapid progress in the introduction of clean energy. Today, renewables account for almost 29% of power generation, but there is only a 17% share of renewables in final energy consumption, and less than 7% in transport.

Nonetheless, renewables could easily account for 35% of final energy consumption by 2030 thanks to a sustained increase of their share in electricity, and may even become the predominant source of elec- trical power by 2050.

An electrical mix based fundamentally on renewables would also require an increase in energy storage capacity, both large-scale (via pumped-storage hydroelectricity) and through batteries connected to the grid.

Additionally, the deployment of ever more digitised grids will not only enable the efficient integration of renewable energy into the electricity system, but will also provide us with the necessary infrastructure to make progress on the decarbonisation of other industries such as transport (by promoting the use of electric vehicles), or buildings (with the increasing proliferation of smart demand-management technologies).

To improve the sustainability of buildings, it will be key to substitute conventional boilers with heat pumps.

To achieve these ambitious goals, it will be necessary to have clear energy policies setting out a vision with long-term signals, including in relation to the future of coal power generation and an orderly phase out of nuclear.

It will also be essential to establish a market design enabling the availability of firm and flexible power to guarantee the system’s reliability at all times. Likewise, stable and predictable regu- lation is required to incentivise the necessary investments in grids, along with an electricity tariff system that appropriately reflects the real costs of producing, distributing and supplying electricity to customers, eliminating the current surcharges that are unrelated to supply.

An effective way to appropriately harness and direct the energy transformation across different sectors of the economy would be to implement environmental tax reform that applies the “polluter pays” principle (as is already done in some European countries).

This sort of reform would mean that, via taxes, polluting activities would internalise the costs of the damage they cause to society that they are not paying today, and the resulting revenues could be used to reduce other, less efficient taxes, such as on labour or income.

This development of the energy model will allow better price signals and messages to be conveyed both to investors and consumers, putting the European economy on track to participate in the new global markets of the future.

Ultimately, all of these questions will need to be addressed when developing a decarbonisation strategy for the European economy with a 2050 horizon, turning the energy transition into a unique opportunity to advance not only towards a sustainable development model with environmental, economic and social benefits but also in terms of public health, thanks to a decrease in the level of air pollution.

Iberdrola is fully committed to contributing to a sustainable and competitive energy model for everyone. Nearly two decades ago, we decided to back strongly clean energy, as we were aware that mass use of fossil fuels was not sustainable. This decision enabled us to become pioneers in the development of renewables, and to position ourselves fifteen years early in a sector that was just finding its feet.

Since then, we have invested tens of billions of Euros in renewable energy onshore and offshore wind energy and hydroelectric power as well as in the grids needed to integrate them, and in storage.

This pioneering commitment to clean energy has made us one of the world leaders, with a renewable capacity of almost 30,000 MW. We are now the number one wind power producer in the world. We also have a storage capacity of 4,500 MW provided by hydroelectric pumps, which equates to five million household batteries.

To be consistent with this strategy, Iberdrola has closed fifteen coal and fuel oil plants since 2001 all over the world, totalling approximately 7,500 MW, and we intend to continue this process in an orderly fashion over the coming years.

Thanks to this commitment to decarbonise our energy mix, two thirds of our installed capacity does not emit CO2 into the atmosphere. This has enabled us to reduce our emissions in Europe by 75% since 2000, making our specific emissions 67% lower than average amongst our peers in continental Europe.

But we want to go even further, and that is why we have set ourselves the target of a 50% reduction in emissions by 2030 compared to 2007 levels.

We have launched an investment programme of 25 billion Euros until 2020, which is mainly aimed at electricity transmission and distribution grids, hydroelectric storage and renewable energy, with strong support for offshore wind. We will also continue developing business projects that create value for all of our interest groups and seek to maximise our social dividends, as stated in the company by-laws.

The development of this strategy has also made us a leader in sustainable and less costly finance with long-term maturities, having raised 7.2 billion Euros in green bonds, loans and hybrids which are being allocated to sustainable and socially responsible projects.

At Iberdrola, we will continue proving that the achievement of business objectives, the creation of jobs and wealth for society, and the fight against climate change, are all fully compatible when words are backed up by actions. 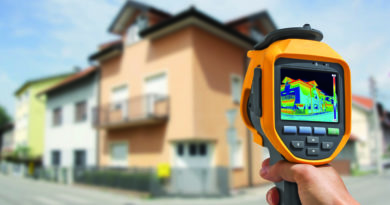