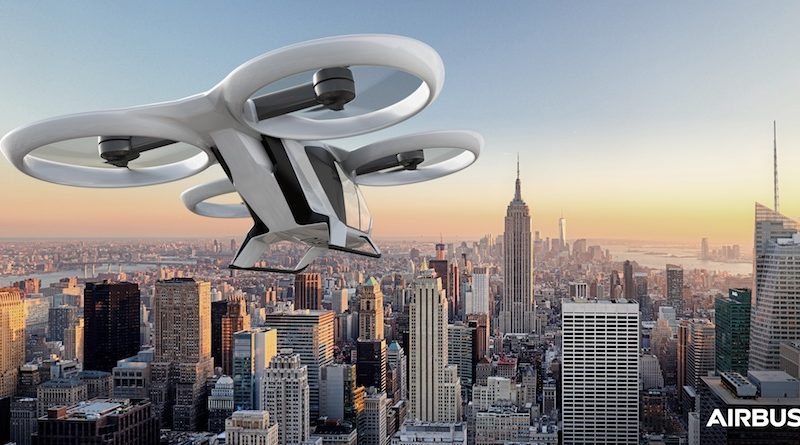 The convergence of new technologies coupled with digitally-enabled business models is making it possible to add the third dimension – the sky – to European and global urban transport networks. The road to unlocking urban congestion is paved with collaboration and coordination among industry, policymakers and civil society.

We stand at a unique convergence point of several new technologies, such as autonomy, electric propulsion and low-cost mass produced carbon composites that make it possible to offer a new class of urban flying vehicles. While commercial helicopters since the 1940s was the pioneering technology that made urban air mobility possible, they never had much civil success in cities due to their appearance and noise.

The new class of vertical flight vehicles will be able to carry people and goods around cities as part of a resilient, environmentally friendly and effective transportation network. The Middle East and Asia have already announced planned tests of self-piloted electrical flying vehicles in their attempt to keep pace with the latest transport innovations.

To accelerate market uptake and make urban air mobility a reality in Europe, closer cooperation between private and public stakeholders is required now to set up the necessary infrastructure and regulatory frameworks.

Looking to the sky to unlock urban gridlock

More than two out of every three EU citizens live in urban areas. I am one of them, and like many others, I see how urban growth year after year continues to push our cities’ transportation systems to their limits. By 2030, authorities expect demand for ground transport in Stockholm to increase by 80%. That is more than three times the city’s projected population growth of 25% in the same timeframe. In many European cities, the trend is the same. Congestion takes away valuable time that could be spent in more convenient and enjoyable ways.

In the EU, traffic congestion currently costs almost €100 billion a year. By 2030, it could be closer to €300 billion. Equally noteworthy, the physical infrastructure required for congestion management is expensive and uses land otherwise needed for housing. Adding the third dimension to urban transportation networks would make city travel faster, safer, more reliable and stress-free. At first at prices levels on par with that of street taxis and later, as market uptake enables lower unit costs, at even lower price points. It would also allow us to rethink urban spaces: building roofs or parking lots, for example, could be given a new purpose as part of the infrastructure for landing pads.

Self-piloted flying vehicles are made possible in part by large investments in digital competencies that characterise the aerospace and defence industry of today. Urban air mobility requires newly developed sensors, batteries, nodes for take-off and landing, as well as digitally-enabled business models to seamlessly offer services to the end customer.

We have already made a first successful step towards offering on-demand personal airborne mobility in São Paulo, where we offer a new helicopter ride-hailing service called Voom. The service, which aims to ease congestion by making helicopter travel more accessible and affordable via an easy-to-use app, is now being rolled out in additional cities. Even more ambitious are our flight demonstrator projects: our teams in both Europe and Silicon Valley are developing two entirely new autonomous, fully-electric urban flying vehicles: CityAirbus is a vertical take-off and landing vehicle for up to four pas- sengers, while Vahana targets the transport of individual travellers or cargo. Such vehicles will also operate via B-to-C digital business models, using an app to request a ride. And although this might sound like science fiction, the reality is not so far off: Airbus plans to flight test Vahana as early as the end of this year, and CityAirbus by 2018.

›  European commuters will benefit from the higher speed and geographical range of urban air mobility. Research suggests that self-piloted flying vehicles can operate at three times the speed of the average road vehicle while extending commuters’ geographic reach by ten times, as there is no ground congestion to slow down mobility.

›  As self-piloted flying vehicles produce little local pollution, are fueled by electricity and are energy efficient, they contribute to European policies for an improved urban environment. For trips up to 160 kilometres in range, analyses show that urban electric aircraft require 76% less onboard energy than conventional aircraft. Depending on the local energy mix, they can rely solely on renewable electricity.

›  European cities will continue to grow economically with urban air mobility despite high property values and insufficient road capacity, which according to researchers at NASA have historically limited further physical growth of cities. Urban development will be made easier because urban air mobility increases the geographic accessibility to remote and underserved areas of the city while making new urban planning possible.

›  Fiscal policies will become more efficient. Instead of spending an exorbitant amount of money on roads or railway infrastructure, capacity building for self-piloted flying vehicles is limited to take-off and landing infrastructure which is much more cost beneficial and easily made by private investments.

›  While one kilometre of new road offers citizens another kilometre to drive, creating a new take-off and landing node means that it connects to every other node in the urban air mobility network. This network nodality offers flexibility and resilience to cities and emergency operations since vehicles can land at a nearby node if the target node is unavailable.

›  The booming European e-commerce sector will benefit from easier access to parcel delivery and help mitigate the need for large delivery trucks that currently fill up streets.

Developing safe and viable self-piloted flying vehicles for urban spaces is no longer the main blocking point. The hurdles we see are less about technology and business model, and more about urban integration, public acceptance, and automated air traffic management. This is why we must embark not just on the development of the vehicles, but rather on a journey to make an integrated urban air mobility solution a reality. To reap the many benefits in Europe, we must start working now with policymakers on new regulatory frameworks, public investments in infrastructure, and dialogue with civil society.

More specifically, we envision an updated regulatory framework that takes recent European accomplishments in drone regu- lation to a new level. The EU Commission’s recently published blueprint, U-Space, which covers altitudes of up to 150 metres, paves the way for the development of an EU drone services market. Opting for a U-Space framework where urban air mobility services offer integrated interfaces with manned aviation will allow us to benefit from the very high level of automation, connectivity and digitalisation for both the drone and the U-Space system.

Drone insertion pilot studies in the EU will be key to accelerate market uptake and the local expertise about how best to build an urban air mobility ecosystem in partnership with companies, such as Airbus. In this regard, strengthening the European Aviation Safety Agency’ competence in self-piloted flying vehicles, including the conditions and processes for approving such vehicles, to the EASA Basic Regulation is welcomed. And on the Data Economy, we must make further strides with regards to access to non-personal data that is generated during flight operations. As such, all stakeholders involved – suppliers, vehicle manufacturers and public authorities – will need to work closely together to find a fair and balanced soft law approach for data access and a new liability regime that takes into account digital innovations such as self-flying vehicles.

A solid urban air mobility transportation network depends on public investments and engagement in building the infrastructure. Various EU-funded investments in 5G mobile networks are crucial to providing the necessary digital infrastructure for urban air mobility to enable safe, passenger and commercial drone deployments that can optimise safe low- altitude operations beyond visual line-of-sight. To ensure cost-efficiency, a maximum of synergies with other sectors, such as automotive, should be envisioned. Another example is amending building codes to refurbish and build for vertical takeoff and landing pods and to create the standards for such pods to meet requirements for safety, access to electricity and measures to mitigate noise.

Every industrial revolution has been driven and symbolised by a new form of transportation.

Ships with sails and later steamboats. Railways and cars. At the doorstep of the digital revolution, self-piloted flying vehicles could easily be the driver and symbol for taking economic growth, urban development and mobility into the next era. Industry, policymakers and civil society must come together to find out how best to harvest the benefits that come from putting urban transport into the third dimension. 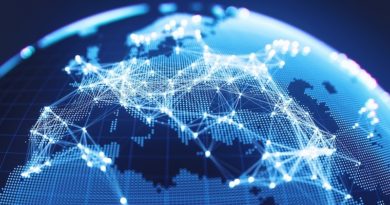 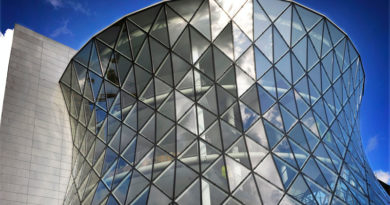